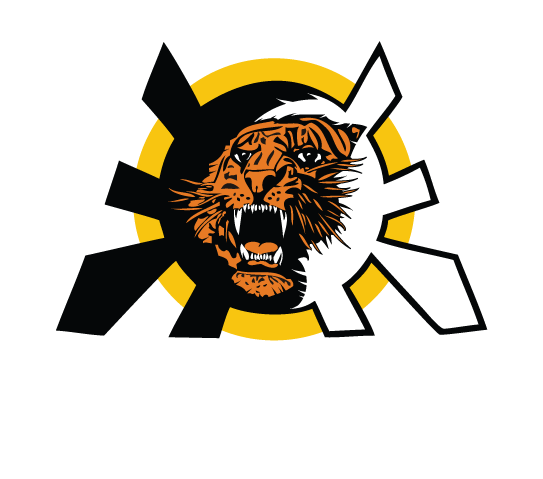 Panantukan Silat Combatives is a fighting system aimed at maximum efficiency, uses the whole body and consists of upper and lower body striking techniques such as punches, elbows, head butts, shoulder strikes, low-line kicks and knee strikes to the legs, shins, and groin.  Panantukan is not a sport, but rather a street-oriented fighting system. The techniques have not been adapted for safety or conformance to a set of rules for competition, thus it has a reputation as “dirty street fighting”.

Panantukan has a particular style of groundwork which consists of breaking the opponent’s balance (body manipulation), takedowns, bars, and controlling techniques on the ground. The constant changes in the angle and level of the attack are another technical aspect of Panantukan. It is especially attractive due to its comprehensive training concepts, efficiency, speed, dynamics, timing, precision, and its typical flow of action. The training curriculum contains techniques, drills, combinations, kicks, take downs, locks, and sparring. Common targets include the biceps, triceps, eyes, nose, jaws, temples, groin, ribs, spine, and the back of the neck.

Welcome to Panantukan Silat Combatives with Guro Marc Halleck. It is a Effective, Fast… and Brutal.

My Story… “As a child… and into my late teens, I was never a natural athlete. I was rarely into extra curricular activities until I joined the local Tae Kwon Do school in 1982. After 6 years I received my 1st degree black belt. In 1988 I got married and moved north where I met a Jeet Kune Do – Kali teacher and have been studying the Martial Arts ever since.

In 1994 I was teaching at a Martial Arts school in Buffalo Grove where I had a large impact on the quality of Martial Arts and the schools overall enrollment. Around this time…about 1996…My father-in-law came to me and asked if I could run a school on my own. With my Father-in-laws assistance, The Northshore Academy of Martial Arts opened its doors in 1997.

Although my father-in-law has passed away since, I will be forever grateful to him for the once in a lifetime opportunity that he afforded me.

The dream of owning my own Martial Arts Academy finally came true and I began to teach my own students with nothing more than a card table, zero carpeting and only 1500 square feet of space. Shortly thereafter, the success that students were having was really showing… and in 2000… we moved into a much larger 4000 square foot facility. In 2008 we moved to our current location of 6000 square feet where I can honestly say that I still have the best Martial Arts team in the Chicagoland area.

Putting up with the endless hours it takes to run a Martial Arts School, I cannot thank My wife enough… as she has always been my biggest supporter.

In 1998 I met Hock Hochheim… never met anyone like him… His unique teaching style was second to none. In 2004 I started training with Guro Rick Faye… truly a selfless individual who helped me grow in the Martial Arts even more. In 2009, Thanks to Guro Dan Inosanto, I met Grandmaster Atillo. Today I am a honored to be a successor to his families art of Balintawak.

My biggest influence throughout the years has been Ron Balicki. We met in 1998 and He took me under his wing and showed me the potential I had inside. I had been training with Guro Dan Inosanto since 1990, but with Ron Balicki’s help, I trained even harder, and received my first Inosanto certification in 2001.

Martial arts has changed my life. I would not be the man I am today without it. At age 50, I feel great for my age… and I am defiantly more active. I am blessed, extremely thankful and will always be honored to be a part of all my Martial Arts family.” 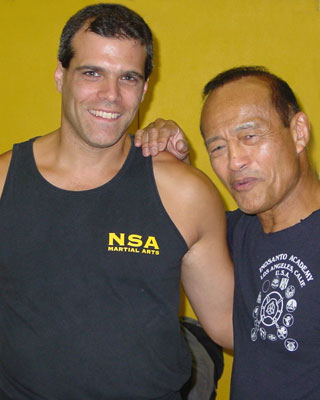 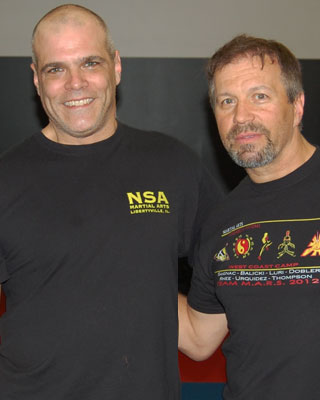 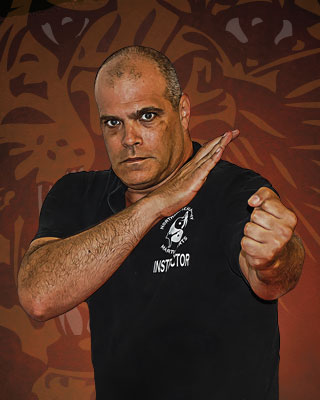 Ranking and Accolades include:

Can I Rank Test for Level 10 Immediately?

No.  All Students must Rank Test beginning with Panantukan Silat Combatives Level 1 Certification. These courses are progression based and are essential to learning and mastering the art. Regardless of any current Rank you have in another system… You have to put in the work and get your training time in. These courses are here to make the process faster, more convenient and easier for you.

I already own the DVD Series... Can I still Test?

Yes!  Absolutely!  All Students will still have to enroll in the Level 1 Certification Course where the Video Series is streaming for Free.  Any material not included in the original curriculum will be available as Bonus Material to all Students at there current Rank Certification Enrollment Status.  If you have been training this course for some time now… Certification is your next step! Enroll now and Prepare for Testing!

Is there a discount for my training partner?

Yes!  There is a 25% Discount for you or your Training Partner.  You can Rank Test by yourself… or you can Rank Test with your training partner at the same time.  There is a total package discount for you and your training partner if you both choose to Test and Certify under the Panantukan Silat Combatives Ranking System.  Visit the Get Certified Now! page for detailed pricing.

Can I watch the Videos if I'm not going for Certification?

How Long does it take to get Certified?

There is no “forced wait” in our Panantukan Silat Combatives program.  You will advance through the curriculum at your own pace.  But, we do require students to document their training and practice sessions including Hours and Days.  With Guro Marc Halleck’s assistance, Students have been known to progress through a Level as early as 2 months.  It all Depends on your Training Schedule, Level of Intensity and Commitment.

Yes!  Guro Marc Halleck is available for 1 or 2 day seminars in all… or in a combination of the following styles:  Panantukan Silat Combatives, Silat, Jeet Kune Do, Filipino Martial Arts, Kali-Eskrima, Balintawak, Hand to Hand Combat and Knife Attack/Defense.  Note: To host and schedule seminars with Guro Marc Halleck, please plan to schedule early due to demand and his travel schedule.  Please email us at nsama@nsama.com for details

Guro Marc Halleck has been Trained and Certified by some of the best Martial Artists in the World including: Guro Dan Inosanto, Guro Ron Balicki, Grandmaster Atillo and Guro Rick Faye.  35 years in the making, Guro Marc Halleck’s Exclusive Video Based and Certification Training is easy to understand, perfect for individuals, instructors or Martial Arts Schools and… Essential for Real World Self Defense.

Beginning with Level 1… All Students will be contacted by Guro Marc Halleck for a Personal and Free Phone Consultation before and after each of your Rank Tests.   Guro Marc believes that mindset, movement and proper technique are an essential part of the learning process.  This will give you the ability to train, grow, get feedback and test with Guro Marc Halleck personally as you progress through the program.

Passing your Level 3 Rank Test gives you the license to publicly market yourself in the affiliated Pantantukan Silat Combatives Association.  Individuals or Martial Arts schools that earn this rank can be approved to teach up to Level 3, will receive a New Affiliate Starter Package and a public listing and recognition of your status as an active affiliate on our upcoming Active Affilate Page.

Since it’s inception, The Panantukan Silat Combatives DVD Series has been sold to students from all around the world in 40 different countries. Collector Edition DVD’s are still available but for the first time, Guro Marc Halleck is now offering this series online with Free Streaming Videos and Official Rank Certification in all 10 Levels upon enrollment.

All features of our online program will work perfectly on any smart phone, tablet, desk or laptop.  The Panantukan Silat Combatives Written and Video Based Curriculum is available online 24 hours a day.  All Rank Testing is personally reviewed by Guro Marc Halleck and is easy to record, upload or mail in.

Level 1-10 Ranked Members will be enrolled in our monthly Panatukan Silat Combatives Affilate Newsletter and will receive bonus material not included in the regular Curriculum.  These bonus extras will include exclusive and behind the scenes training, new techniques and Marketing Materials to promote your Private Lesson or Martial Arts business.

Ready for Next Level Training?